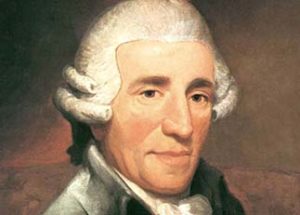 There are two Haydns in classical music.  Spell-checking software refuses to accept Haydn in plural. And many people would know one Haydn only, Joseph. But there is also Johann Michael Haydn, the younger and less known brother.

Both were born in Austria, in a little town of Rohrau.  There is a lovely museum now there.

Both studied in Vienna and sang  in St. Stephen’s Cathedral in Vienna. Albert Christoph Dies believed that MIchael was a brighter student than Joseph.  But the history preferred the older brother. Maybe, it would help if Michael cataloged his music and took better care of his archives.